"Nowhere, But In South Texas"

In September 2009, Tucker's BBQ first opened for business.  Its original location was in Lyford where it operated successfully for over seven years.  As its popularity grew among locals and a growing Winter Texan crowd, it became apparent that its original location was getting too small.  With God's blessing and a little help from friends, Tucker's re-opened in a brand new facility built to order down the road in Raymondville.  Tucker's re-opened its doors for business on July 17, 2017, and held its official grand opening and ribbon cutting ceremony on August 3, 2017.

Tucker's is a family run restaurant managed by a brother / sister team, JR Infante and Cissy Infante Guerrero.  Cissy's husband, Mike, and JR built the majority of the new building on their own with help from staff, family, and friends.

Rodolfo (Rudy), the youngest of the siblings, met Irma Hinojosa while attending Lyford Elementary School.  Rudy and Irma married after high school.  After settling down in Lyford, which is still home to several generations of Infante's, Irma eventually gave birth to Cissy and JR.

Rudy, Tucker's namesake, was everyone's friend.  From a stud high school athlete to becoming a father, he touched many lives in one way or another.  He worked in the insurance business and also worked a number of years doing property title research work for oil companies.  He had a love for the outdoors and a love for South Texas, spending much of his free time fishing and hunting.  One of his favorite sayings that came from that love was, "Nowhere, but in South Texas!"  His skills in business and in talking to people were passed on to his children. His passion for the outdoors and in doing things that came from that passion, like cooking out, were also passed on.

With the Good Lord's blessing, Tucker's will continue to succeed into the future, and continue to gain many happy and satisfied customers. 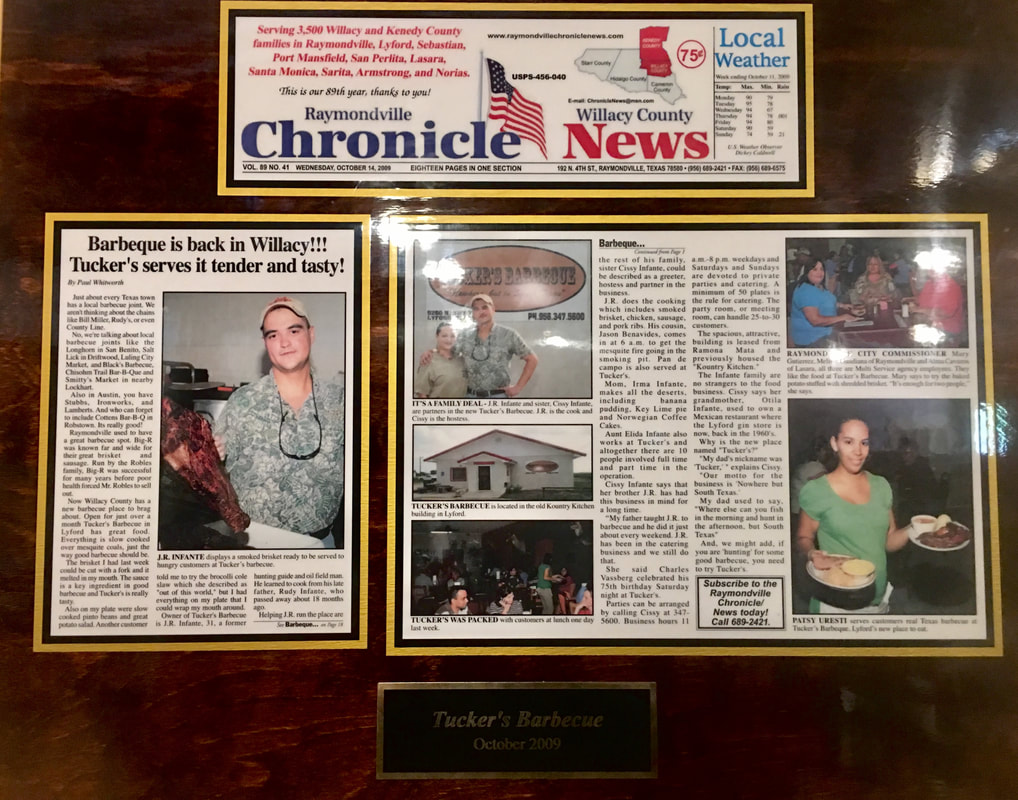 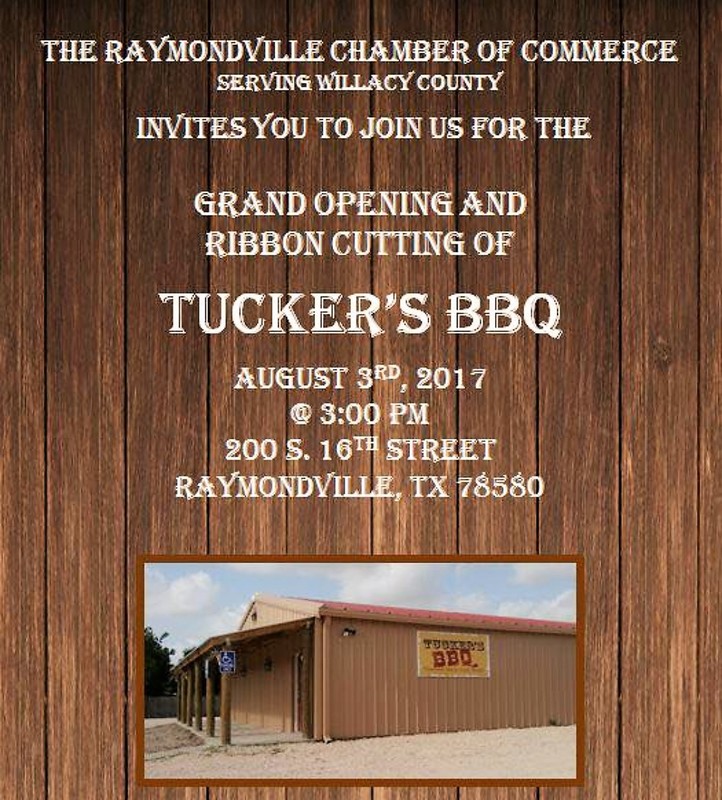